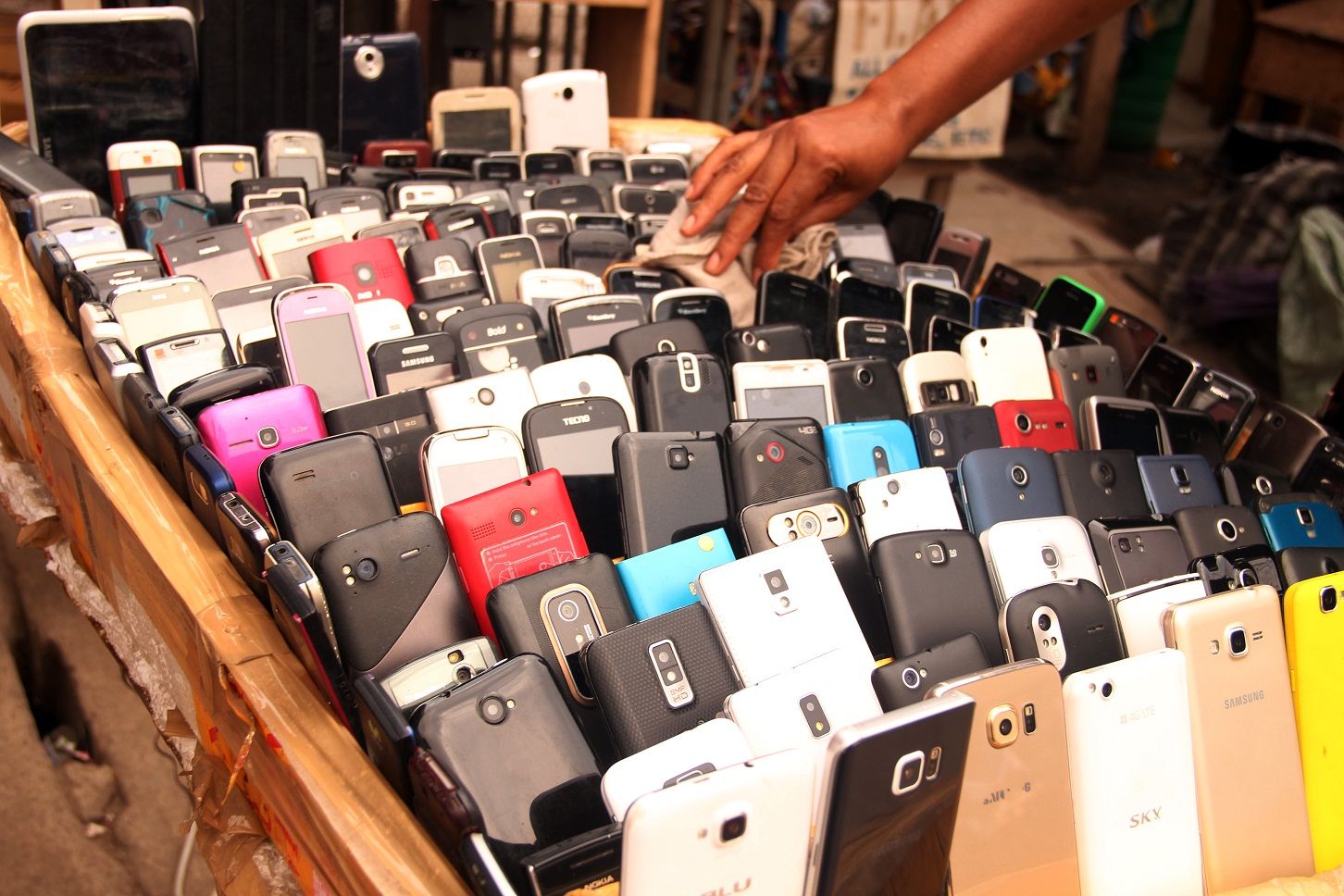 Majority of smartphone users in Nigeria now buy more Android smartphones making it the most preferred operating system in the country, a recent survey by Technology Times has revealed.

According to the survey conducted at Computer Village Ikeja, the largest tech market in West Africa, sale of smartphones running Android OS (operating system) accounted for over 90% of all smartphone in use across Nigeria.

Based on the result of the survey carried out among 85 respondents, 78 of them told Technology Times that they prefer and are using  Android operating system over Apple’s iOS, Windows and Blackberry OS.

The respondents range from smartphone dealers, software engineers and smartphone users that believe that smartphones that run on Android OS are preferred by Nigerians because it is user friendly, more affordable and offer far more apps.

The mobile phone OS is the software that enables smartphones, tablets, PCs and other devices to run applications and programs.

According to him, based on market intelligence as a software engineer and phone repairer, most Nigerians buy BlackBerry smartphones ”not because it really offers them what they want, but  has a cheaper data subscription plan than other operating systems.”

Giving his own reason for his preference for  Android phones, Shodunke Adeyinka, an  engineer says that people find it easier to interact with Android than any other OS out there.

Adeyinka believes that “a layman can pick Android phones and start using it without much stress unlike Windows and iPhone. And there is something that makes Androids more appealing which is easy sharing apps like Xender and Flash share that makes it easy for people to share apps, but you cant’s do that with iPhone or Windows.”

He reckons that “these are some of the limitations that push people to buy Android.”

Adeyinka told Technology Times that as a software engineer, he had to drop his iPhone for a Samsung to make his work easier because the applications people request most of the time are on Android smartphones.

Corroborating the software engineers, Ibrahim Adeleke, a smartphone user, who has used Android phones in the past but now uses a Windows phone admits that he missed using Android as it is “more user-friendly.”

According to Ibrahim, “though I am using a Windows phone currently, I still prefer Android because it allows me to easily share and receive files with my friends. With this my Windows phone, I can only download any app that I want which consumes data unlike Android, where I can get a friend to transfer an app to me with Flash share or Xender. Any chance I get now to buy another phone, it will definitely be Android.”

There are however still few who are not interested in joining the Android bandwagon. A Blackberry user, Sani Adams prefers his Blackberry device because it has a cheaper data subscription package compared to Android on mobile networks in the country.

For Dare Dre, a business owner at the market, he prefers Android smartphones because it is cheaper, but for him, Apple’s iOS remains the best OS because it is more secured compared to rivals.

Dare’s claim was echoed by an iPhone user, David Adewale who simply put it this way, “iOS is independent and strongly-built. It does not get infected by malware compared to Android.”

Bloatware: Free up space to boost your Android phone

Gartner: 82% of mobile phones will be smartphones by end of 2016

Nokia X20: Nigerian developers get ‘taste of next Android’

‘Android smartphones are most attacked by hackers’

TT Polls: Which is your top choice for communicating with friends and family daily?