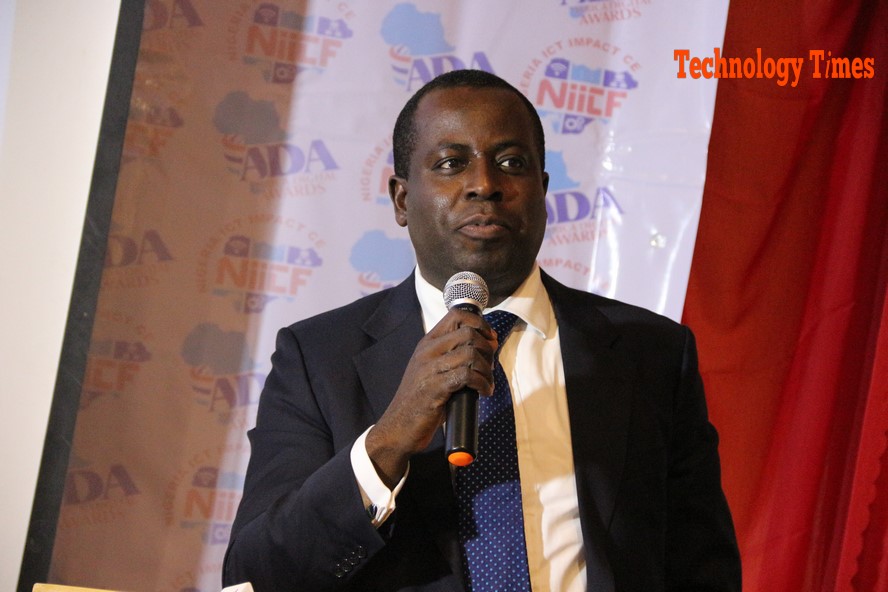 HyperCharge: Inside Xiaomi's tech that charges your phone in 8 minutes

The Association of Telecommunications Companies of Nigeria (ATCON) says the prevailing regulatory environment is responsible for poor service delivery and slow growth of telecoms in the country.

Mr. Olusola Teniola, President of ATCON who said this while speaking at the West Africa Convergence Conference (WACC 2016) held at Sheraton Hotel and Towers, Lagos, sees multiple regulations and taxation on telecoms as barriers to industry growth and ICT (information and communication technology) convergence in Nigeria.

According to Teniola, “there would be more legal issues because we have many agencies charged with the responsibility of regulating the industry. We need to sort out the issue of which agency controls what. Presently our laws are overlapping and conflicting.”

In his presentation titled Convergence, Regulation and the Dynamism of Private Entrepreneurship in Nigeria, Teniola says an environment where Federal Government, State Government and Local Government all want to regulate the telecommunications industry has further contributed to the bane of convergence in the country.

He expressed sadness that State Governments and other Federal agencies other than the Nigerian Communications Commission (NCC), the telecoms industry regulator, have being playing regulatory functions on the telecoms sector which he said should only be regulated by NCC.

“In the case of telecommunications, it is the Federal Government that has the exclusive right to regulate the industry which led to the establishment of the Nigerian Communications Commission (NCC) backed with an Act to effectively perform that function” Teniola says.

“However, events in recent past suggest that other Federal agencies as well as States and Local Government are now making efforts to usurp NCC’s functions in the telecommunications industry. It has become a common practice for any government agency be it Federal or State to solicit for one levy or the other from operators, while some demand that operators secure approval from them which comes with very high fees before they can build infrastructure,” the ATCON President told attendees at the WACC 2016 forum.

ATCON underscores the need to identify the agency that should control the telecoms sector and unify the laws guiding their telecoms operators, which he identifies as “overlapping.”

According to Teniola, “there would be more legal issues because we have many agencies charged with the responsibility of regulating the industry. We need to sort out the issue of which agency controls what. Presently our laws are overlapping and conflicting.”

According to the ATCON chief, the Central Bank of Nigeria (CBN) in 2014 placed an embargo on the sale of foreign currency for the importation of telecoms equipment at the Foreign Exchange Auction and “this action has seriously impeded the growth that should have been recorded in the industry.”

Teniola says that there is an absence of converged regulatory environment in Nigeria because government agencies are unwilling and reluctant to embrace convergence.

“One of the major challenges that pose serious threat to the continuous existence of operators in the era of convergence is the unwillingness and reluctance to embrace convergence by all government agencies and commissions initially charged with the responsibility to play one role or the other in the information communication technology,” according to Teniola.

“The coming together of all these establishments will accelerate and speed up convergence in the industry. Under the former Minister of Communications Technology, concerted efforts were made to take the idea of convergence from dream to reality, but it was confronted with some administrative bottlenecks,” the ATCON President says.

While mentioning the high cost of foreign exchange as another factor limiting the roll out services in some parts of the country by telecoms operators, the ATCON President attributed that foreign exchange policy on importation of telecoms equipment has slowed down the growth of telecoms industry in Nigeria.

According to the ATCON chief, the Central Bank of Nigeria (CBN) in 2014 placed an embargo on the sale of foreign currency for the importation of telecoms equipment at the Foreign Exchange Auction and “this action has seriously impeded the growth that should have been recorded in the industry.”

Teniola called on the CBN to suspend this directive and set up a stricter monitoring regime on foreign exchange, which he said could still help CBN achieve the aim of the directive.

“We believe that the suspension of this directive by the CBN will go a long way to contribute to network upgrade and increase telephone and broadband penetration being pursued by the Federal Government. A stricter monitoring regime of the utilisation of foreign exchange purchased in the auction rather than an outright ban of telecoms companies could help the CBN achieve the aim of the directive,” Teniola says.

The ATCON President also highlighted other problems facing telecoms operators that limit growth and expansion of the industry and negatively affects quality of service delivery in Nigeria.

Teniola said the destruction of telecom service equipment has become regular occurrence as all telecoms operators in Nigeria have fallen victims of this menace.

In this new converged market space, customers can expect the provision from multiple sources from a single device of all electronic communications for one supplier competing with many other suppliers.

He expressed sadness over the re-occurrence of vandalism on telecom equipment, which he says is estimated to be costing the industry billions of Naira annually and constituting serious hindrances to better quality of service from operators.

“It costs about N24, 750, 000 to install a single base station together with its tower, special antennas and two generators to power the station. This equipment are like the central nervous system of communications because they allow subscribers make and receive calls, but are now targets of vandals and thieves,” the ATCON President said.

Also, inadequate power supply has made the telecoms operators to depend on alternative power supply to run their base transceivers stations, thereby costing them more to run the business.

“The role of power in telecoms service delivery cannot be over emphasised. Telecoms companies largely depend on stable availability of power to function optimally. The Nigerian power situation, due to the very abysmal performance of PHCN is poor.

“The cost of the diesel is not inclusive of the cost of logistics incurred in procuring and transporting the diesel as well as servicing the generators. There are places which are not connected to the National Grid, the operations are 100% powered by generators, in those locations. The adoption of solar and hybrid power in some base stations have not resulted into any significant savings,” Teniola explained.

According to the ATCON chief, while the operator OPEX (operating expenses) shows 80% for power generation in Nigeria, it is 5% in Malawi where power from national grid is stable.

These he said have impacted negatively on the operations of the telecom companies by increasing their capital expenditure, with the end result of poor quality of service delivery.

ATCON said that over N5 billion spent monthly by operators on power generation could be reinvested in further coverage expansions to address the congestion on the network which resulted to poor quality of service.

Emphasizing earlier on the importance of convergence and its implication on Nigerians, ATCON said it will enable inter-operability an ability to access and operate services through a single device, such as accessing the Internet or broadcast through a mobile phone.

“According to the ICT Regulation Toolkit “Convergence” is facilitated from the transition from analogue to digital, voice to data, narrow band to broadband, circuit switched to packet switched, one way to interactive, scarcity to abundance, and the accompanying digitalization of all content.

In this new converged market space, customers can expect the provision from multiple sources from a single device of all electronic communications for one supplier competing with many other suppliers.

He however said that convergence is not complete in most developing countries, such as Nigeria as a result of the many regulatory issues that operators would have to battle with in order to continue to play in the ecosystem.

The Association of Telecom Companies of Nigeria (ATCON) is a professional, non-profit, non-political umbrella organization of telecommunications companies in Nigeria. It is the premier Association that was formed by technocrats in the telecom industry to facilitate and accelerate the growth and development of the Nigerian telecom industry.

The safer way to clean your LCD TV screen

Facebook: How Zuckerberg plans to eradicate all diseases with $3 billion