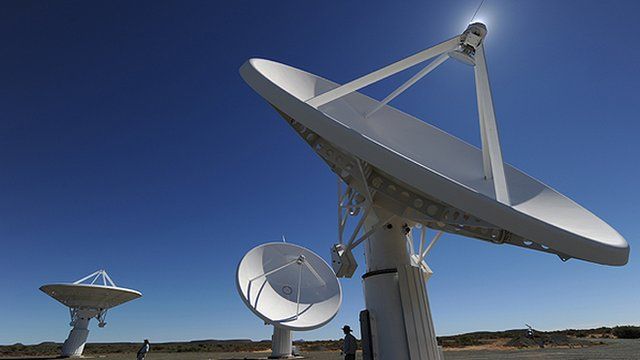 “Incumbent FTA (free to air) broadcasters have been highly engaging in the DSO process, stimulating interest in launching new free to air thematic channels. We have received over 200 expressions of interests from local and international channels which are interested in being part of the new digital TV platform in Nigeria, including BBC, CNBC and CNN’’, the Minister said at the CABSAT 2016, the Middle East and Africa’s largest broadcast digital media and satellite annual expo. which is now in its 2oth year.

Government has created the digital content consumer proposition that offers the FTA content brand aggregation called “Free TV” which “will carry up to 30 free channels and will combine the best of Nigeria TV with international channels across news, movies, kids, music and general entertainment genres’’, the Minister said.

Under the plan, “FreeTV” is an open platform, which enables any content or pay TV provider to broadcast their content so that Nigerian consumers only have to buy one box to view all the content.

“We have also licensed Signal Distributors or “Carrier” who will be responsible for the transmission of the signals to the viewers at home. We adopted a national Set Top Box policy, which enables existing analogue television receivers to continue receiving the Digital Transmission after the Switch Over date’’, according to him.

The minister stated that, as a policy, the STBs will eventually be manufactured in Nigeria and government has also adopted a national standard set top box specification, which has been set to incorporate a common operating system.

“All boxes will have a common user interface, which will give access to the channel listings and allow viewers to also have access to value added services such as interactive news and government information, programme recording, Internet applications and video on demand. It will also enable a credible audience measurement capability. This is important as the success of FTA is dependent on this”, he added.

According to the Minister, government believes that the transition to digital will deliver both commercial and public service benefits for Nigeria through:

Going forward, he said that one of the most interesting and important factors related to digitisation is the link to overall societal welfare. “Its impact on GDP per capita reveals that an increase of 10% in a country’s digitisation score fuels a 0.75% growth in its GDP per capita. As an economic accelerant, digitisation therefore is 4.7 times more powerful than the 0.16% average impact of broadband deployment on per capita GDP.’’[quote font=”georgia” font_size=”20″ font_style=”italic” align=”right” bgcolor=”#” color=”#” bcolor=”#” arrow=”no”]”Nigeria currently has 2.5m digital TV homes, a number that is expected to increase dramatically to 20 million after the Digital Switch Over (DSO), making Nigeria the biggest digital TV market in Africa. Nigeria also boasts of 149 million mobile phone lines, making it one of the fastest growing mobile markets in the world”, according to the Information and Culture Minister.[/quote]

With 20.4 million free-to-air (FTA) TV households, it is estimated that digital TV penetration will reach 100% by 2020, the Minister said noting that Nigeria remains the home of TV in sub-Saharan Africa, as the country’s first television station, Western Nigerian Government Broadcasting Corporation, started broadcasting on October 31, 1959. It was also the first television station in sub-Saharan Africa.

“Nigeria currently has 2.5m digital TV homes, a number that is expected to increase dramatically to 20 million after the Digital Switch Over (DSO), making Nigeria the biggest digital TV market in Africa. Nigeria also boasts of 149 million mobile phone lines, making it one of the fastest growing mobile markets in the world”, according to the Information and Culture Minister.

“Nigeria at the moment as well has 155 analogue TV stations, mostly operating on a regional/state basis. The Nigerian TV advertisement market is worth $200m, but with potential to grow up to $600m when we introduce our audience measurement system. Getting the Nigerian TV advertising market to work is essential for the creation of a viable digital broadcasting ecosystem’’, he told the audience.

He said that the introduction of a reliable national audience measurement system in Nigeria will increase the value and quality of audiences measured, and will in turn increase advertising revenue for channels, as well as more investment in original content by the channels.

According to the Minister, Nollywood is an integral part of plan to use DSO to diversify provision of channels and content production.

“Nollywood employs over 1 million people, including actors, producers, directors, cameramen, publicists, etc., making it the second largest employer after Agriculture. The Nigerian film industry is worth $5.1 billion as at 2014, and Nollywood generates $600 million dollars for the Nigerian economy annually. After Hollywood and India’s Bollywood, Nollywood is the world’s third largest movie producer, at about 50 movies per week’’, the Minister noted.

Minister: Digital broadcasting will boost economy by $1b yearly

CEO of WhoGoHost on 8 vital ways to beat website hackers

Insecurity to opens $21.9b biometrics market spend by 2020

NCC: How to resolve phone issues