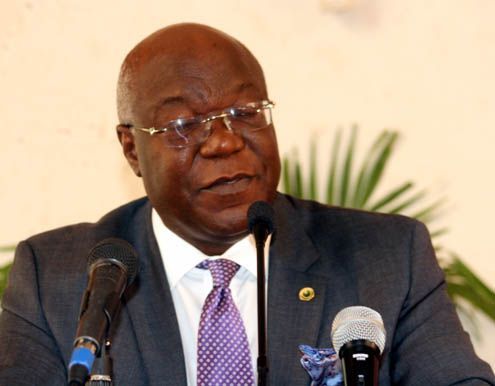 The Board of Directors of Chams PLC recently announced the appointment of three new non-executive directors of the company.

Their appointment, which is subject to ratification by members of the company at its next Annual General Meeting (AGM), came on the heels of the retirement of Alhaji Idi Farouk and Engr. Akin Sawyer who retired after 21 years of service on the board and board committees of the company.

Here is the profile of the newly appointed non-executive directors as obtained from the identity management company.

He currently serves as the Managing Director and Chief Executive Officer of the Central Securities Clearing System (CSCS) Plc, a role he assumed on September, 2011. Prior to joining CSCS, Bukar was the CEO of ValuCard Nigeria Plc (now Unified Payments Plc). His early career years were spent at Hewlett Packard, California, USA, where he grew through the ranks to become the Worldwide technical marketing programme manager before moving back to Nigeria. On his return to Nigeria, Bukar joined FSB International (Now Fidelity Bank) and served in various roles including Executive Director, e-Banking and Information Technology and Operations.

PROFESSOR OYE IBIDAPO-OBE
Professor Ibidapo-Obe attended Ilesa Grammar School and Igbobi College from 1962-1968 and the University of Lagos from 1968-1971 where he obtained a B.Sc. Hons in Mathematics (First Class) in 1971. He also obtained M.Sc. in Applied Mathematics with a minor in Computer Science in 1973 and a Doctor of Philosophy (PhD) in Civil Engineering with specialisation in Applied Mechanics/Systems in 1976 both from the University of Waterloo, Ontario, Canada.

Prof. Ibidapo-Obe was a Commonwealth Scholar (Canada) (1972-1976); an NSERC/CIDA (Natural Sciences and Engineering Research Council/Canadian International Development Agency and a Senior Fulbright Research Scholar (1980 – 1981). He served the University of Lagos from October 1, 1972 as a Graduate Assistant through 1976 as Lecturer Grade II till 1983 as Professor. He also served as head of Engineering Analysis Unit (1991 – 1995) and the Dean of the Faculty of Engineering at the University (1995-1999).

In April 2000, Prof Ibidapo-Obe was appointed deputy vice-chancellor of the University of Lagos and later became the vice-chancellor by May 1, 2002. He was the chairman of the Committee of Vice Chancellors of Nigerian Universities. He is the president of the Nigerian Academy of Science and current Vice-chancellor of the Federal University Ndufu Alike, Ikwo( FUNAI), Ebonyi State. He has published extensively in reputable international journals and has written and delivered numerous academic, social, advocacy, papers since his appointment as professor.

Mr. Ben Ifeanyi Akabueze is a distinguished banker, accountant, economist and administrator. He holds a first class B.Sc degree in Accounting from the University of Lagos and is an Alumnus of the prestigious Lagos Business School.

Akabueze has worked with a number of organisations including the Nigerian Television Authority (NTA), Maiduguri; Pricewaterhouse (Chartered Accountants); Nigerian International Bank Limited (Citibank Nigeria); Fidelity Bank PLC and United Bank for Africa PLC. He rose to the apex position of Managing Director/CEO of NAL Bank PLC in 2000 and later as executive Director at Sterling Bank PLC in 2006 before he was appointed honourable commissioner for Economic Planning & Budget, Lagos State from 2007 to 2015. He is also a Pastor with the Redeemed Christian Church of God.

With Senate confirmation, work begins for Danbatta at NCC

IBM wants to partner Nigeria on ‘ease of doing business’