Digital Switch Over | Nigeria broadcast regulator on the road ahead 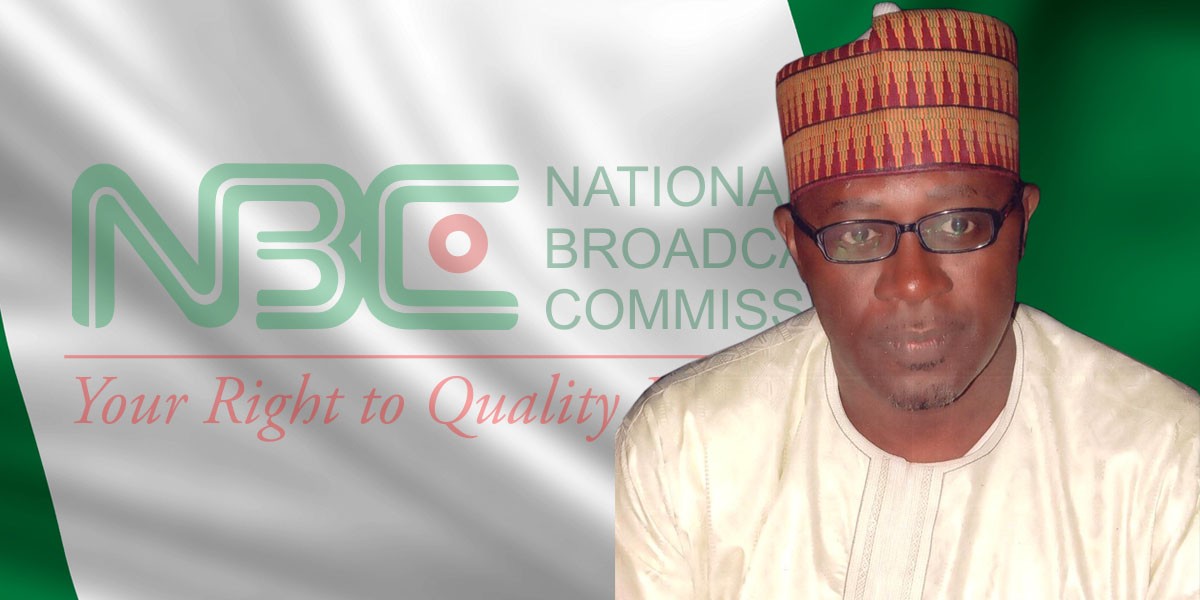 Digital Switch Over | Nigeria broadcast regulator on the road ahead

Democracy is premised on the powers of the people of our country and an institution like the NBC, operates consciously on the basis of laws that were fashioned out to protect the Nigerian broadcasting landscape in the most patriotic manner. It is this consciousness that continues to guide our operations. The main issues that necessitated today’s press conference include matters arising from the DSO process; as well as the fundamental issues that we raised during our stakeholders’ forum last month.

As you are all aware, we successfully carried out the Abuja Switch on in December 2016. As I have informed you in the past, the Abuja switch on is the definitive beginning of the journey to conclude a national Analogue Switch Off (ASO) and a Digital Switch Over (DSO). I am very happy to share some of the interesting statistics of the Abuja switch on with you.  From our launch on December 22nd, 2016, 251, 447 STBs were sold in Abuja. In the same period, 145, 357 boxes were activated; our call center received a total of 325, 028 calls in the same period.   The next phase is our plan for the six states that we have chosen to switch on. As I address you today, Pinnacle Communications Limited has commenced the installation of the facilities for Kaduna. I was there to inspect the work being done at the weekend. Our colleagues can go to the site on Rabah Road, in Kaduna to verify that work is advancing very rapidly there. They have also concluded plans for Delta and Gombe states, while the second signal distributor, ITS, will similarly mobilize into Kwara, Enugu and Osun states.

I will also like to inform you that we have commenced the settlement of ALL indebtedness arising from the contracts awarded in respect of the DSO. We have effected payments to the Set Top Boxes manufacturers. Settlement of their monies came to about Five Billion Naira. The next phase of payment we are processing is what is due to the DSO BACKBONE group, our Signal Distributors, ITS and Pinnacle Communications Limited. These payments would help our various stakeholder groups to meet their obligations as well as deepen commitment to the entire effort to achieve a nation-wide DSO.

At our stakeholders conference with broadcast organizations, I had informed stations of a persistent pattern of refusal to pay license fees. Stations around Nigeria owe the NBC over N5Billion.  Even the statutory act of informing NBC, six months before expiration of licenses and signification of intention to continue as licensees is willfully ignored by stations. While every licensee is aware that EVERY license issued by NBC is PROVISIONAL and could be withdrawn at any point, stations carry on as if they OWN those licenses and can do as they pretty well please. License fees are in arrears; there is no plan by many of these stations to pay; while some even have the temerity to write NBC, the regulatory institution, that the amount they are obliged to pay is too much; consequently, they then tell us how much they are willing to pay, and even adding the time they are going to pay such sums that they have decided to pay. In truth, a pattern of gross indiscipline and misbehavior has been central to the relationship which many of the licensees had established in the past with the NBC. There are those who used political connections with the top most political leadership of Nigeria in the past, to get illegal and undue favours, that run contrary to the NBC Act and the Nigeria Broadcasting Code. That is the only way they have operated and it is the way they know. But this is a new era, at the NBC and in Nigeria.

Let me re-iterate that ALL outstanding sums owed the NBC WOULD be COLLECTED! We gave a time line of March 15, 2017, for ALL stations owing outstanding license fees to effect payment. After consultations, that time line is being extended to March 31st, 2017. I want to affirm that AFTER March 31st, stations that refuse to meet their license fees obligations to the NBC, would be closed down! Period! After we have collected outstanding license fees, stations would then be requested to turn in their Annual Reports for us to carry out the obligatory assessment of what constitutes a percentage of the Annual Turn Over that they are also OBLIGED to pay the NBC. Let me re-assure our colleagues that we do understand that these are difficult economic times in our country, but that cannot be justification for not meeting lawful obligations. Some of these license fees were due even before the economy entered a recession; it means that they had refused to do the right thing even in a period of economic normalcy.

Over the past two weeks, I gave directive that the licenses of 54 companies that were issued licenses but had refused to pay their fees within the mandatory 60-day window, be revoked. And those licenses are revoked! There is another list of over 120 licenses that were paid within the mandatory period but were unable to come on air, within the mandatory TWO YEARS; they are also being processed for revocation. And they will be revoked! Frequencies cannot be held indefinitely by individuals. We are delighted that Nigerians are investing in setting up radio and television stations; they create jobs; open up accesses for content producers to showcase talents and are contributing to national development. But no one has a right to hold on to allocated frequencies indefinitely, when the resource itself is finite and there are other people waiting and ready to make use of those frequencies.

One of the very serious issues facing us today is the clash of frequencies all over Nigeria. City-based FM radio stations are permitted under the terms of their licenses to install 2KW transmitters. That way, it is possible for NBC to repeat frequencies in various cities around Nigeria. But what has been happening is that stations go to purchase and install transmitters beyond the power that they were initially allocated. So the normal pattern of illegality we are witnessing in Nigeria, is for licensees to purchase transmitters with 5KW; 10KW; 15KW power. A licensee even installed 30 and 35KW transmitters! While a powerful politician in the Southwest installed a transmitter beyond the power allotted him; went on air before NBC had given him approval and when our engineers visited the station, he set his thugs to chase away workers who were doing their lawful duties! Again, that was an experience from the impunity of the previous period in our country. Those acts of impunity are NOT acceptable in the present dispensation. To be civilized is to live in a law-governed society! Over 90 of such transmitters installed beyond capacity have been identified across Nigeria. Consequently, we have given ALL stations that installed such transmitters SIX MONTHS to procure and install the transmitters they were lawfully licensed to broadcast on. After the grace period, NBC would de-commission ALL transmitters that flout the law.

We are going to hold an interactive session with all owners of such transmitters very soon. Similarly, we have also written to the Nigerian Customs Service, for NBC to re-commence the process of pre-inspection of all imported transmitters into our country. That was the process in the past; that way, we can control the importation of these transmitters. There is also a national security issue involved. There are mobile transmitters being imported by non-state, secessionist groups, who are using these transmitters to broadcast anti-national, propaganda, as part of their effort to de-legitimize our country and propagate hate as well as secessionist propaganda.

Another point of concern for us at the NBC is the proliferation of hate speech and the profiling of the other: the other religion; the other ethnic group or the other region! These are serious issues that must concern all of us in the media. NBC is doing a major study of hate speech and we are hoping to put new elements in the Nigeria Broadcasting Code, that address hate speech. Freedom of speech is central to democratic culture. People have the right to robustly debate their country and its governance values. But there are boundaries beyond which no democracy can tolerate and hate speech belongs in that realm. The use of phone-in programming formats has been one of the most abused formats in Nigerian broadcasting today. It is very easy to set up but is also very easy to abuse. Our licensees must exercise a much more robust editorial control of the phone-in format, because of the tendency to cross boundaries of slander; hate and indecency.

Other issues that worry us include the abuse of regulation in respect of the installation of Aviation Warning Light (AWL), that many stations have refused to install on their masts. They endanger all of us, and directive was issued for all our offices to monitor that these are promptly installed. Refusal to install AWL is enough ground to close down a radio station. In the same manner, we have given stations till the end of March 2017, to install Off-Air Recording facilities. This is mandatory!

On a final note, I will like to re-iterate that NBC is committed to the highest standards of broadcasting regulation in our country. We will do everything to assist the growth of our industry; we will continue to provide the ambience for the flowering of broadcasting in our country. But we would never tolerate a regime of impunity; refusal to obey the law or being cavalier with licensing issues, especially a prompt payment of license fees. The practice of going to the Aso Villa to seek black market endorsements for illegalities will not work in the current situation in Nigeria. President Muhammadu Buhari believes in processes and he would not help any licensee to flout the NBC Act. This is the reality of the new situation in our country. Change is real!

* Kawu, Director-General of National Broadcasting Commission (NBC), made this presentation at a press conference in Abuja.

How to use BlackBerry Messenger’s new private chat

$1.6 trillion up for grabs from the sales of consumer electronics, research shows

Want TV on the go? Try Easy Sport by RLG