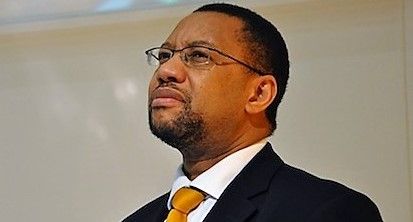 The Nigerian Communications Commission (NCC) this morning told Technology Times that a “computation error” occurred in the earlier review of the N1.04 trillion fine imposed against MTN Nigeria, which is now fixed at N780 billion, representing 25 per cent reduction.

Mr. Tony Ojobo, Director of Public Affairs at NCC told Technology Times in a phone interview that contrary to popular belief that President Muhammadu Buhari reviewed the fine, NCC took the final decision on the amount to be paid for the alleged infraction by MTN Nigeria.

The controversial fine came under renewed attention today after South Africa’s MTN Group, owners of MTN Nigeria announced this morning that it has received a second letter from NCC on its reduction.

The second letter indicated that the mobile phone company now gets a 25% cut rather than 35% of the N1.04 trillion earlier communicated by the telecoms regulator, according to MTN Group.

According to a timeline review, MTN Group yesterday morning announced in Johannesburg, South Africa that NCC reduced the original fine of N1.04 billion to N674 billion, representing 35% cut by the Nigerian telecoms regulator.

The new figure of N674 billion, which had to be paid by December 31, 2015 for late disconnection of 5.1 million MTN Nigerian subscribers in August and September 2015 represented “a reduction of 35% of the original fine”, the mobile phone group said yesterday in statement.

This morning, MTN Group said it has received a second letter from NCC indicating that the mobile phone company will only get a 25% reduction, rather than 35% communicated by the regulator.

The mobile phone company hinted that Phuthuma Nhleko, its Executive Chairman, will now open talks with the Nigerian authorities on the matter because “neither the First Letter nor the Second Letter sets out any details on how the reduction was determined.”

MTN Group also said that it “is carefully considering both the First Letter and the Second Letter, and the Executive Chairman Phuthuma Nhleko will immediately and urgently re-engage with the Nigerian Authorities before responding formally, as it is essential for the Company to follow due process to ensure the best outcome for the Company, its stakeholders and the Nigerian Authorities, and accordingly all factors having a bearing on the situation will be thoroughly and carefully considered before the Company arrives at a final decision.”

Commenting on the development this morning, NCC’s Public Affairs Director told Technology Times that the second letter was sent to MTN, after it was discovered that there was a “computation error.”

Ojobo also clarified that NCC was responsible for taking the final decision on the review of the fine.

Barrister Adebayo Shittu, the new Minister of Communications had earlier told Technology Times that President Buhari was to take “final decision” on the review of the fine requested by the South African mobile phone group.

However, Ojobo said that after the Presidency was fully briefed on the matter, Buhari assigned the responsibility for the final decision to the telecoms regulatory agency.

“It is one government, you know. The President was fully briefed on the matter after which he now required NCC to take necessary actions on the matter”, Ojobo said.

MTN Group: No deal yet with Nigeria on ₦1.04 trillion fine

MTN Nigeria CEO: No deal yet with government on N1.04trn fine