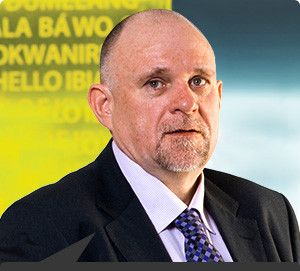 A Nigerian labour group Tuesday issued a 14-day ultimatum to MTN Nigeria over alleged unfair treatment of workers by the largest mobile phone company in the country.

MTN Nigeria, the local business unit of South Africa’s MTN Group, was alleged to employ expatriates for jobs that could have been done by Nigerians, according to the Private Telecommunications and Communications Senior Staff Association of Nigeria (PTECSSAN).

PTECSSAN says in a statement outlining some alleged labour breaches by the mobile phone company that Nigerian workers should get a better deal because MTN Nigeria contributes some 60% to the entire Africa operations of MTN Group, and the highest contributor to its entire 22 operating company.

The labour union, which issued a 7-point demand to MTN Nigeria, wants the mobile phone company to stop its “Expert Quota” and immediately remove expatriates from jobs that “Nigerians can do in the company.”

The labour group wants the immediate regularisation of the employment status of the casual workers in the company and immediate removal of the expatriates that do what Nigerians can do in MTN Nigeria, in its demands to the company.

“The Chief Executive Officer of the Company whose priority should be organisational growth and sustainability which ought to make workers’ welfare, concerns, and grievances paramount has abandoned this vital responsibility. He has rebuffed several calls by the workers and their Union representatives to meet with him on critical issues facing workers in the company”, PTECSSAN alleges.

Labour award for Globacom over telecoms development in Nigeria

MTN Group: No deal yet with Nigeria on ₦1.04 trillion fine