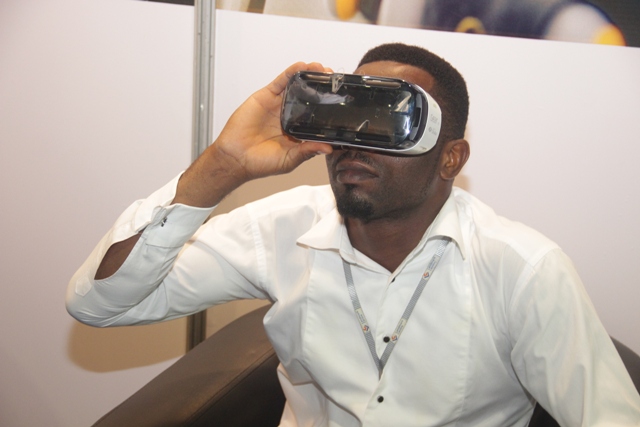 NBC says it will provide 85 hours of virtual reality programming during the Rio Olympics in August, though only to users of Samsung Galaxy smartphones and Samsung Gear VR headset.

Under the plan, the Olympic Broadcasting Services, a broadcasting arm of the International Olympic Committee, will film the games in 360 degrees and send it off to NBC to broadcast internationally.

The 85 hours of VR programming, which will be captured by Olympic Broadcasting Services (OBS) and supplied to NBC Olympics, will include the Opening and Closing Ceremonies, men’s basketball, including the semifinals and final, gymnastics, track and field, beach volleyball, diving, boxing, and fencing, as well as highlight packages of those sports, according to a statement released by NBC Olympics.

According to Gary Zenkel, President, NBC Olympics, “The world’s greatest sporting event is always a showcase for cutting edge technology, and we’re thrilled to partner with Samsung and OBS to bring our viewers even closer to compelling Olympic action with virtual reality.”

Zenkel adds that “Olympic fans can be transported to iconic venues such as Maracana Stadium for an unprecedented view of the Opening Ceremony, and Copacabana Beach for an immersive beach volleyball experience in the sport’s ultimate setting.”

Marc Mathieu, Chief Marketing Officer at Samsung Electronics America believes that “fans of the Olympics will now get to experience the world’s best athletes as they compete in some of the most popular events of Rio 2016 in a whole new way: through virtual reality.”

“We are thrilled to work with NBC and OBS on this first-of-its-kind endeavor, connecting fans right to the action in Rio, powered by 360-degree storytelling, virtual reality and our Galaxy phones.” he says.

Continuing, Exarchos adds that “VR has the power to enable hundreds of millions of people around the world to have a real sense of presence and participation in the most universal celebration of humanity, which is the Olympic Games.”

Virtual Reality immerses the viewer into an environment, whether real or imagined, creating either a lifelike experience at a place in the real world or putting a viewer into simulated environments such as in a VR game.

IDC: Virtual Reality hardware to exceed $2b in 2016

With Virtual Reality, the future is now here